The three amigos of Wild Adriatic have spent the last 5 years growing into their own shoes, and are poised to take on the world with open arms.

See, they’re kind of humans that enjoy making other humans happy, and it shines through in their music and their performances like a hug from your best friend. Hailing from the far side of the Adirondacks, these New Yorkers managed to make the Center Stage at Otis feel like a raging house show in our own living room.

They’re going back on the road for a Euro-tour in April, and will be heading all over the place after that, so be sure to stay tuned at wildadriatic.com. In the meantime, we got to sit down with drummer, Mateo Vosganian for a quick chat.

What’s the story behind your name?

It started as one of those names that just sounds cool. Our singer was in Italy and had his toes in the Adriatic and thought it was a cool word, but it needed something else. It’s funny, I feel like we’ve almost grown into the name. It fits us now.

Queensbury, NY is a small town, like a suburb, about an hour away from Albany. So that’s our scene. It’s really good. In the last five years there’s been a ton of bands popping up and a lot of our friends are coming up and going on tour, so we’re very lucky to have it.

A big part of the band is a community vibe. We grew up in this small town with a small town vibe, and then we grew into Albany and they really rallied around us. Without that support and having the venues and the promoters and other bands to help us find shows we would have been screwed.

How would you describe your style?

We’re pretty heavily rooted in rock n’ roll but we’re big soul and blues guys. We’re a trio, which you don’t get a lot of these days, that just plays rock n’ roll. But we played some new stuff at Otis that bridges the gap between soul and rock and meets somewhere in the middle.

When I joined the band it was totally different. Same lead singer, Travis (Gray), who I’ve known since I was five years old, but we got rid of a few people and added Rich (Derbyshire). We played Gathering of the Vibes in 2013 and then Moe.down in 2014, and seeing all these bands being able to do so many different styles, and jam, and turn a song that was two and a half minutes on the record into a ten minute epic… It’s not like we’re gonna try to be a jam band, but at the same time we took those principles and worked them in. If you’re good enough at making music you can really do what you want with it.

We know the songs really well, and are having fun playing our songs all in a row, but it’s also nice if you can go up there and play 20 minutes of music and have it be a couple songs and never really stop. Then people are like, “holy shit, that just happened!”

It always depends on how green the green room is. (Chuckles) No, other than that we just like to be together, even for a minute or two. Just to hug or something. Get in the zone.

So how did it go at Otis?

It was intense. It was pretty amazing. We have friends who have been to the festival every year who have told us, “You guys really gotta try to get on this festival!” and I just cold emailed saying “Hey, we’d really like to play.” We got a great slot and it was insane. A huge dance party. We had played Bonaroo a few weeks before, and it was really like a mini Bonaroo. People were so inviting and so welcoming. We had beers with people at the campsite next to us. It was just a really fun vibe.

Given that it was your first year, did it meet your expectations?

It was totally different than what I expected. I was a little nervous about the crowd, and our music going over well. Sometimes you’ll go to these festivals and a band likeMadaila will go on before you and just tear it down, huge dance party, and we’re left to pick up the pieces and re-establish our vibe. And then we were sandwiched between Madaila and Stoplight Observations, which is like…you know, you can’t suck. It made us step it up. Once we got on stage it was clear that these people were ready to go, so it was great.

Was there anything that surprised you over the weekend?

We only got to stay one night (had a show the next day) but my favorite thing that happened was this. I know Danny Mayer through social media, just tweeting at him that he’s awesome because he’s a great guitar player, and his band played! At two thirty in the morning or something. I had been waiting all day for that. We played our set, and it was so fun. We watched Stoplight, and then it was just so cool to see him play guitar. I was just chugging coffee and beers trying to stay awake. It was awesome. One of my favorite performances of the year!

How does playing a festival differ from a more traditional venue for you guys?

It’s a totally different experience. We spend 80% of our time playing clubs, and those shows are hit or miss. Half will be 50 people or less, and half of those people may have just come to go to a bar and have a drink.

It’s just an interesting vibe when you can throw a party, invite all your friends, and have a bunch of bands play. And I never was a camping guy. On paper, I hate camping. But now, I’m like, “I fucking love this if I can listen to music all day and hang out. Camping’s great!” Festivals are our favorite way to play shows right now.

Well have you ever had one? It’s one of those funny things. I just like people a lot, and I love to hug people, so I thought that if I put it out there on the internet and made it a thing it wouldn’t be as awkward for me to just run up to someone and be like, “We are doing this! I’m hugging you!” People are prepped for my weirdness now, so it works out. 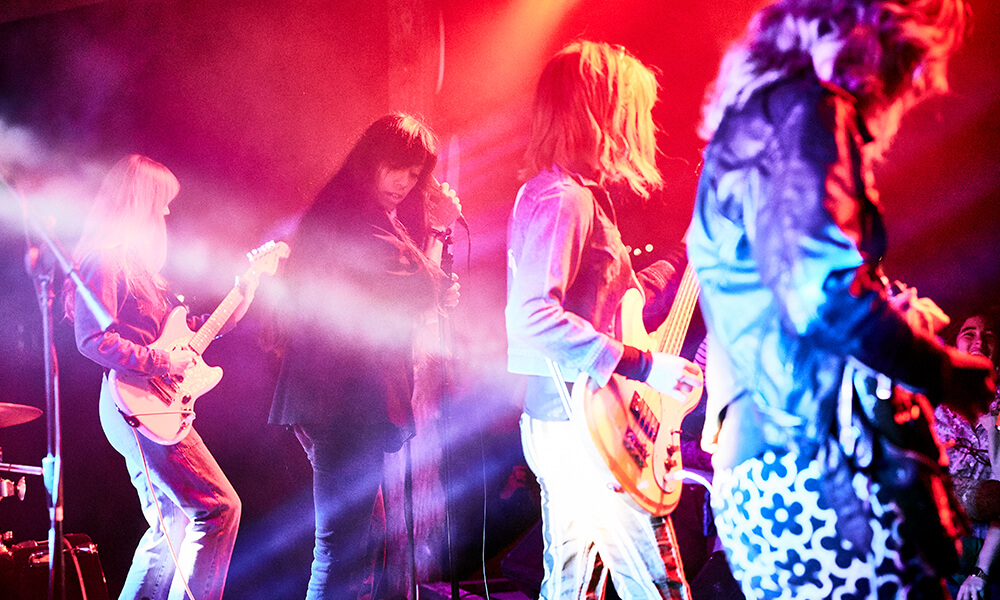 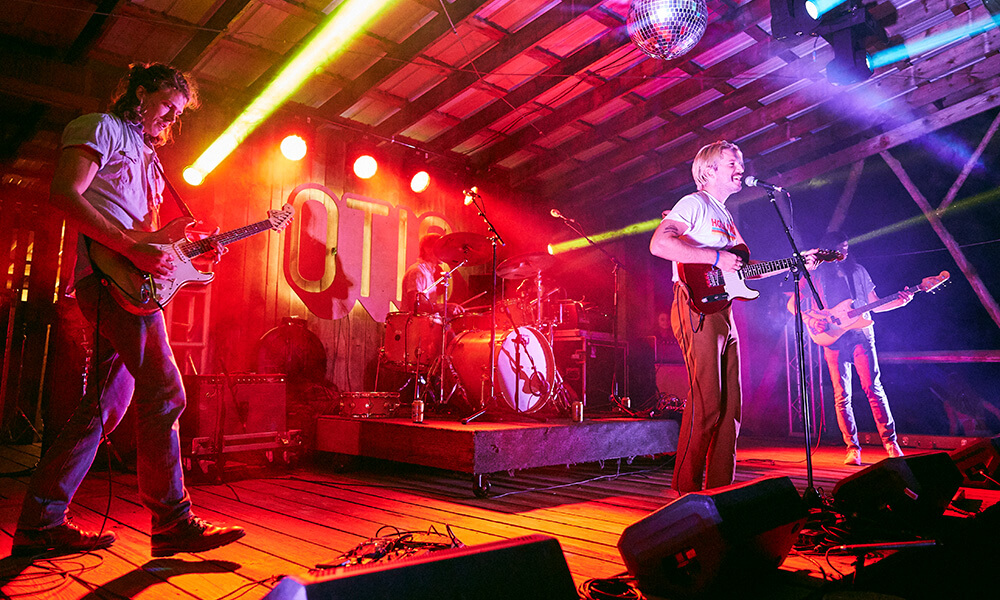 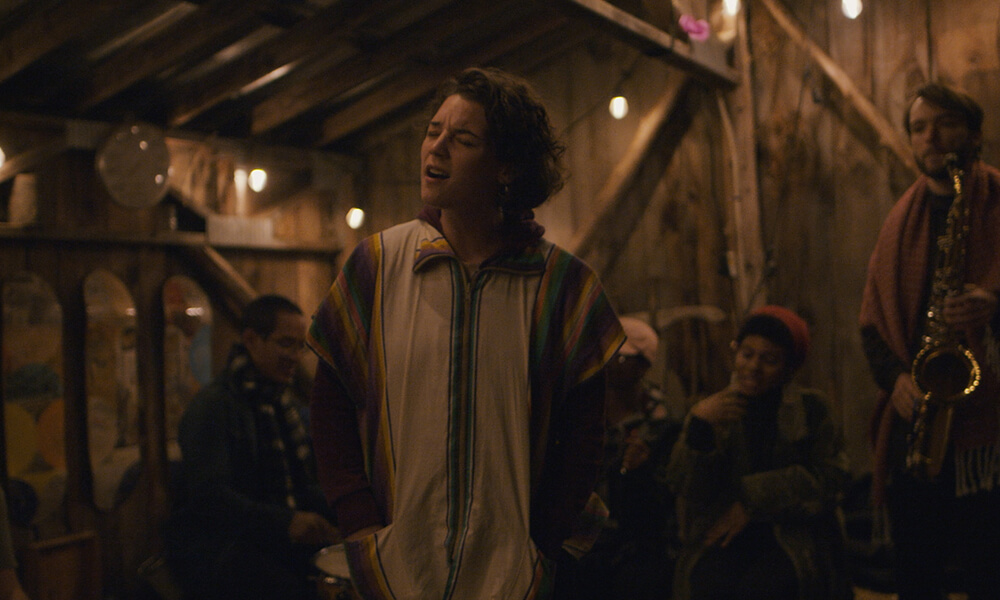 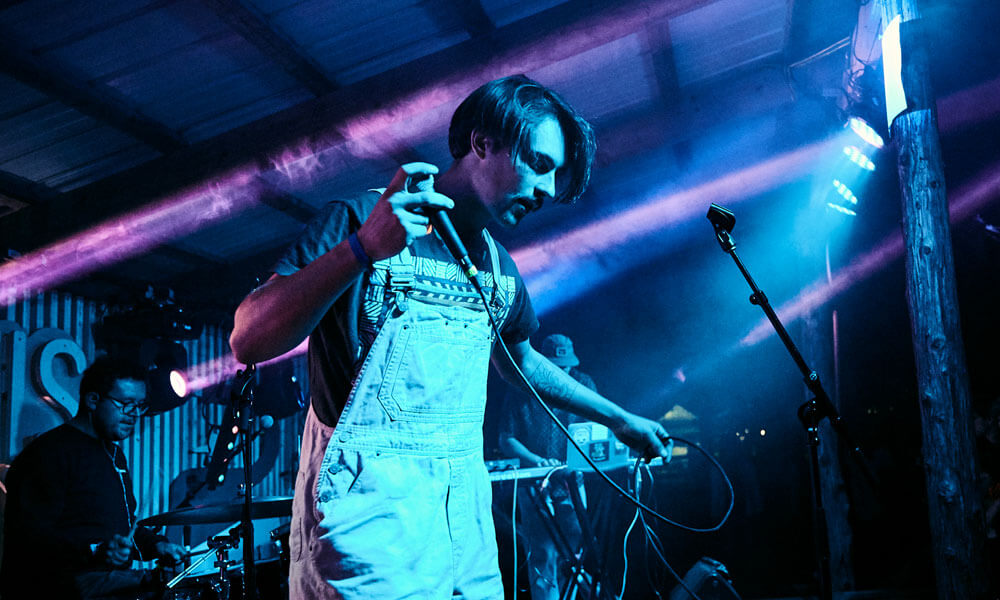 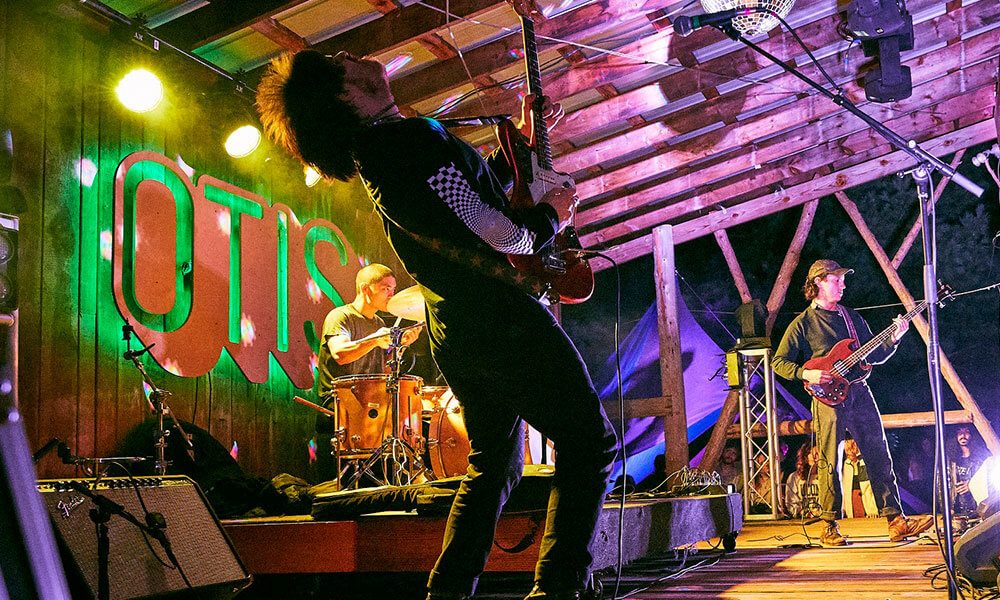 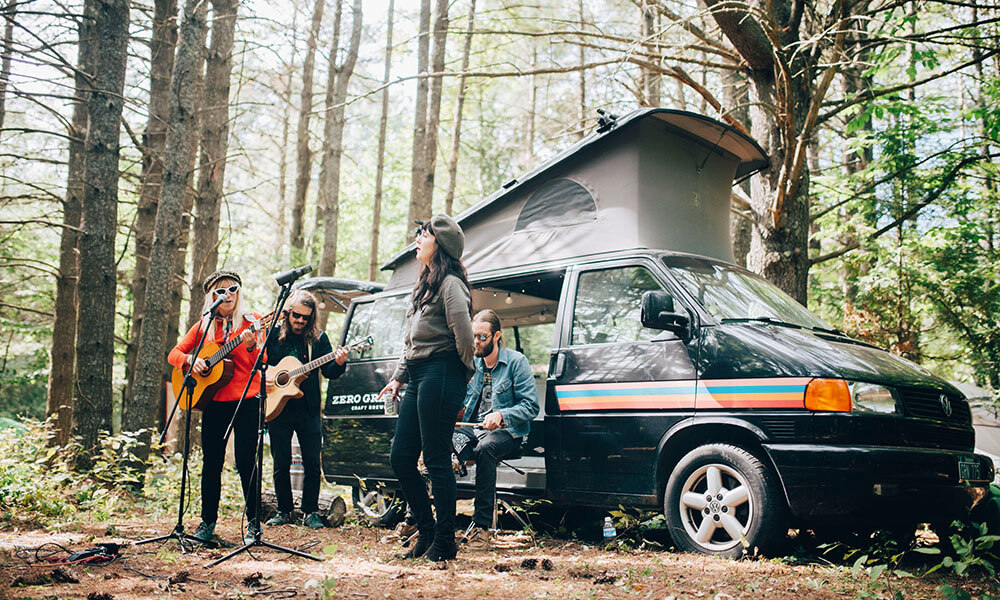 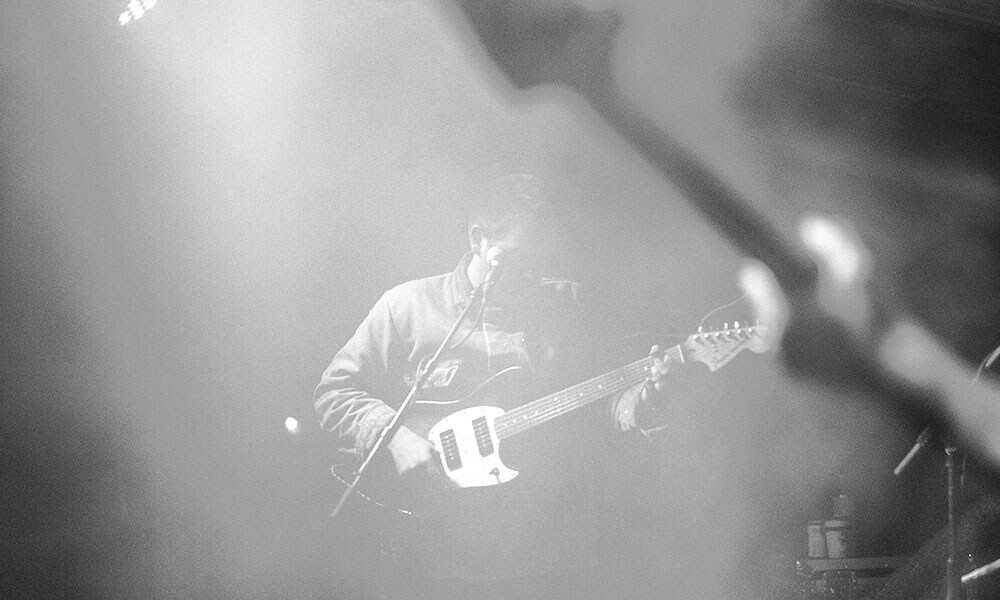 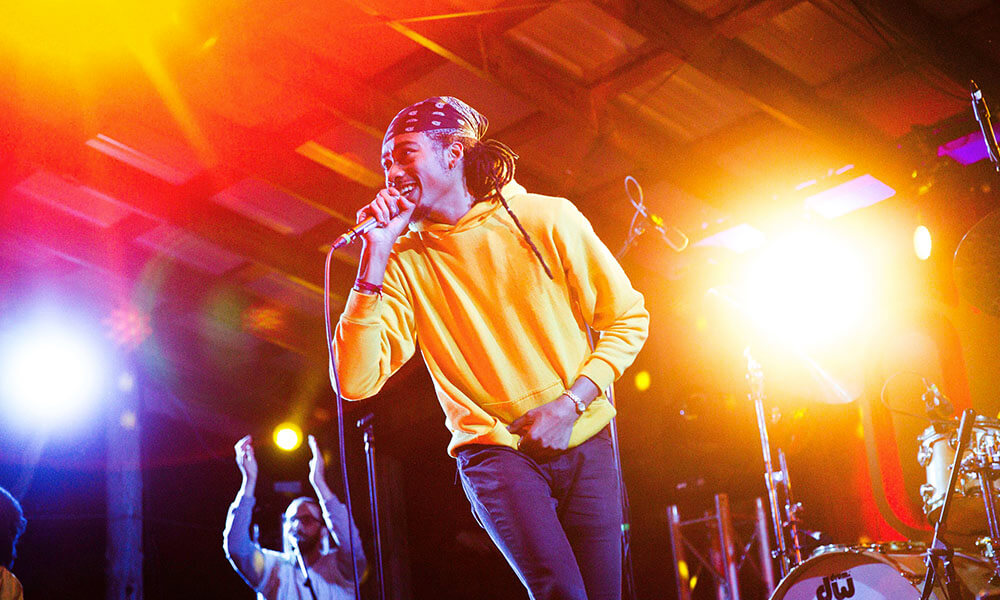 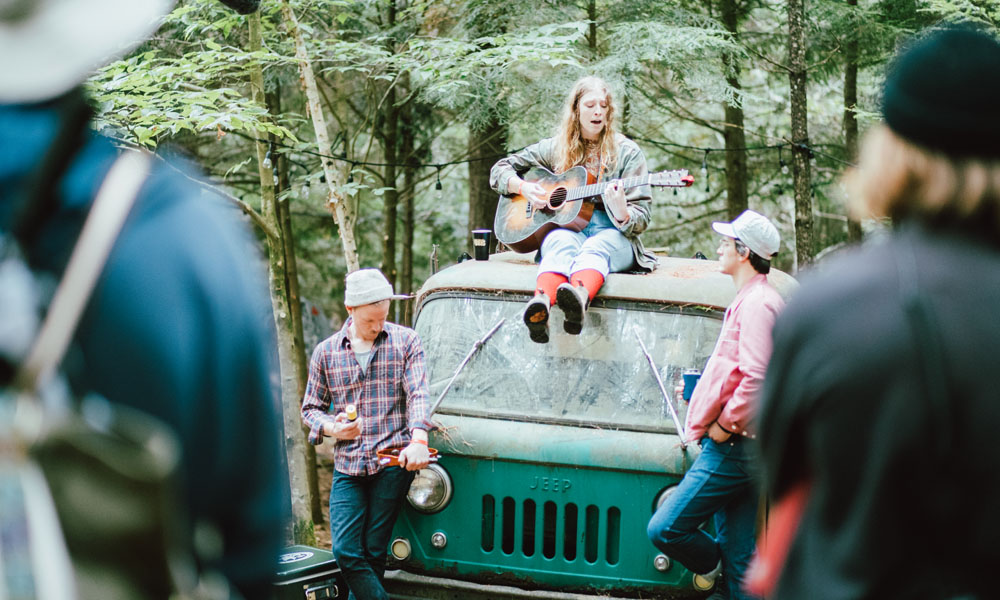 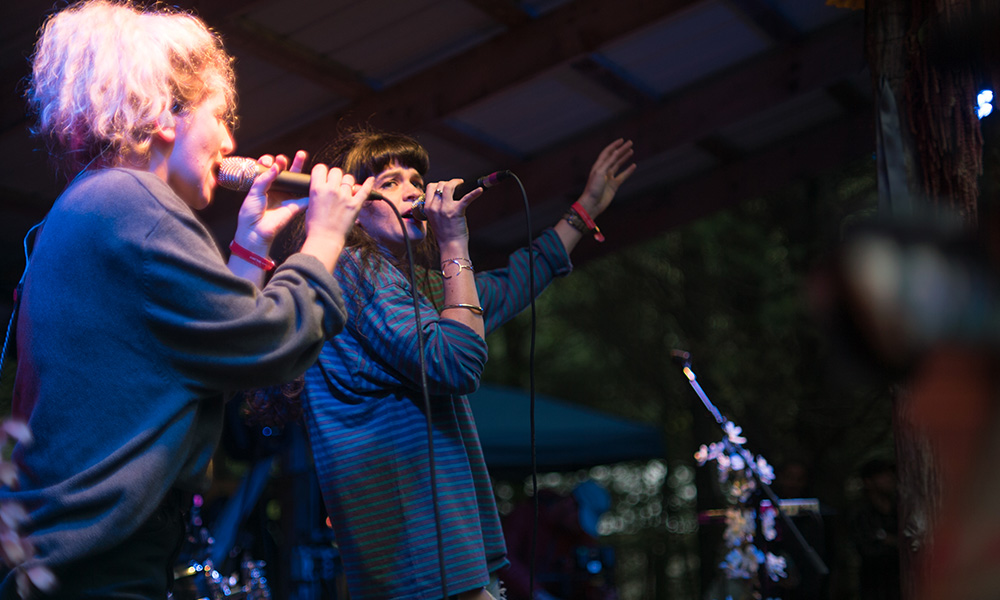 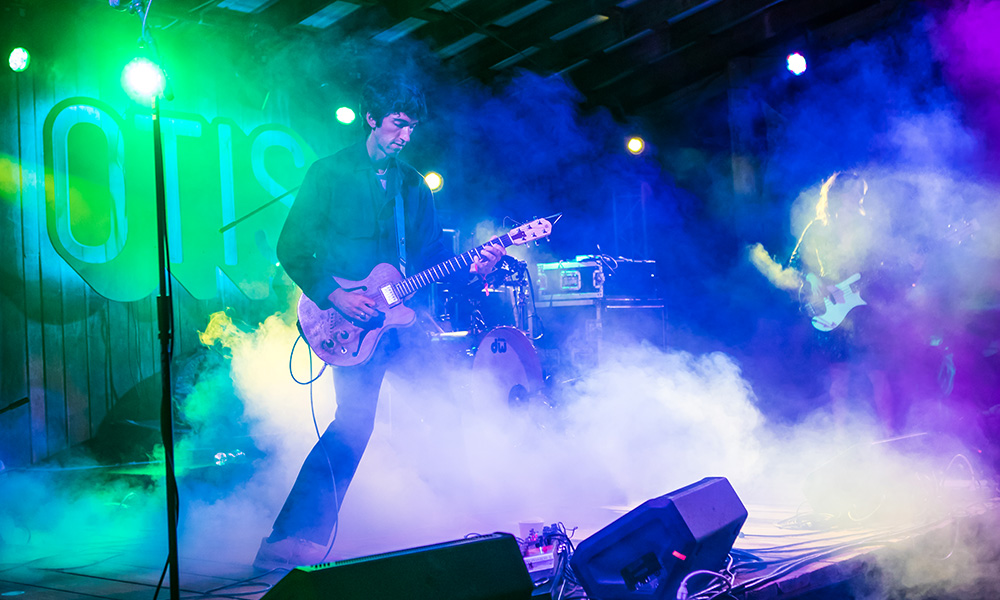 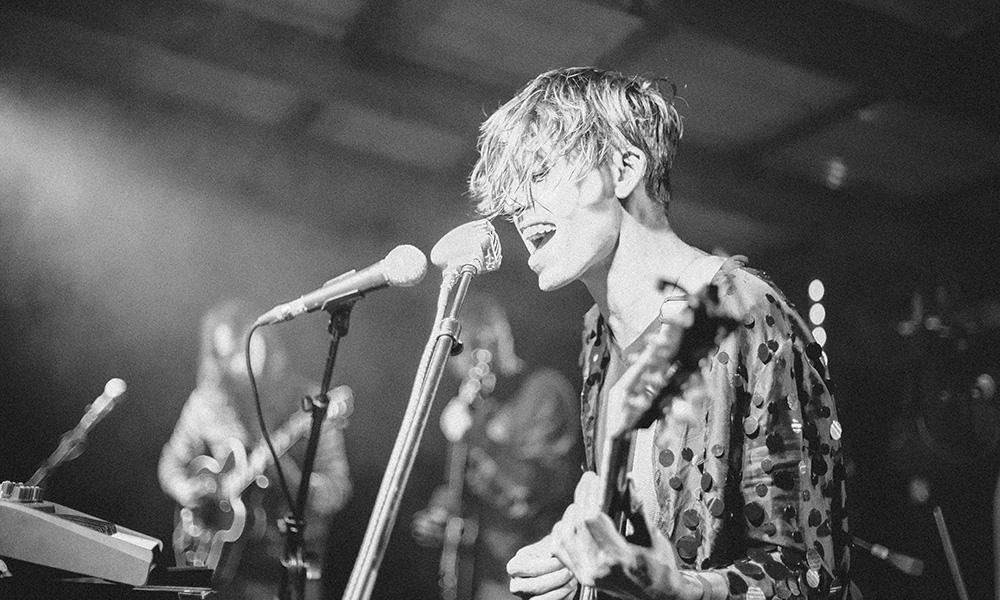 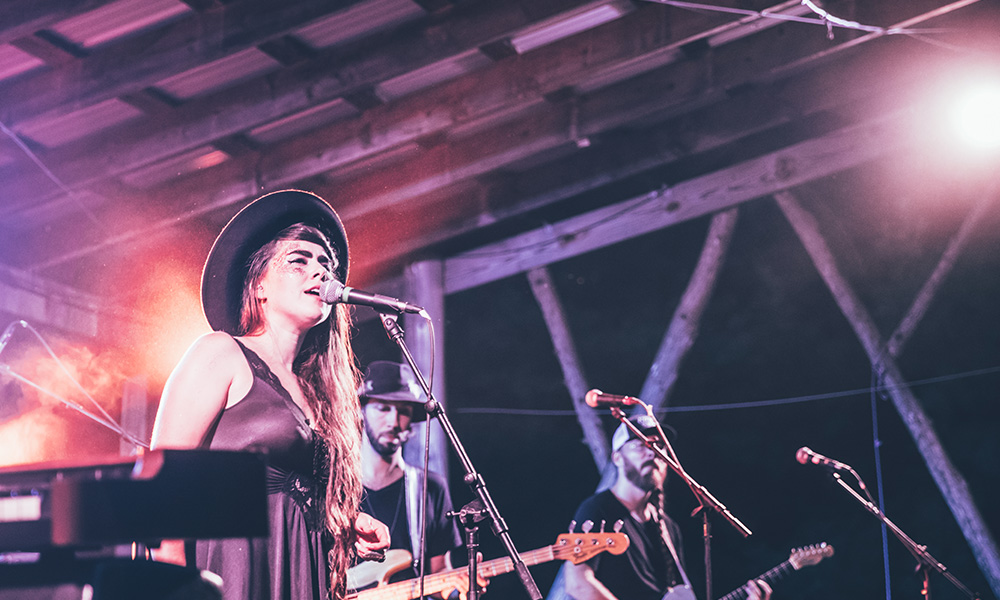 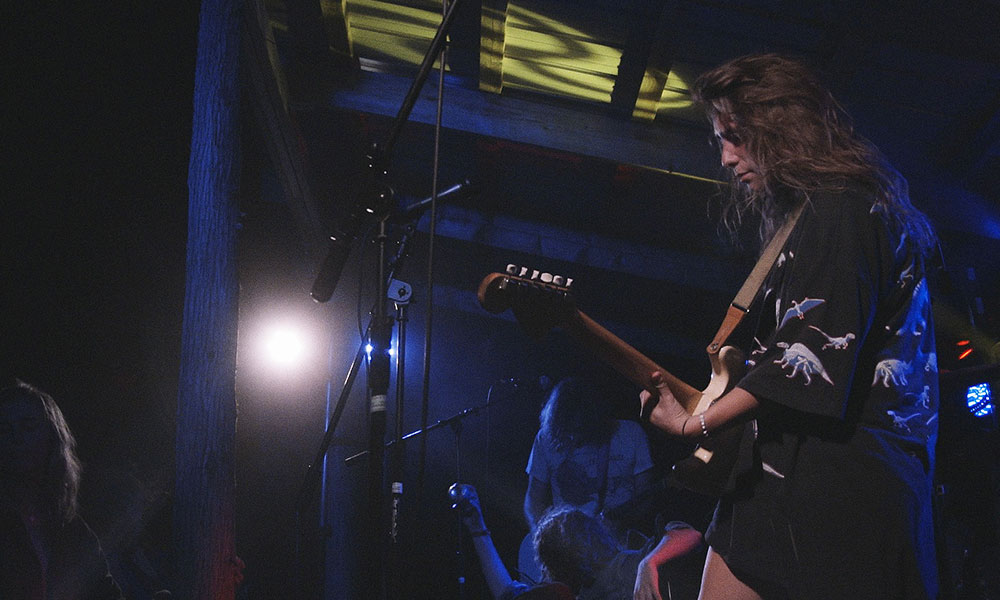 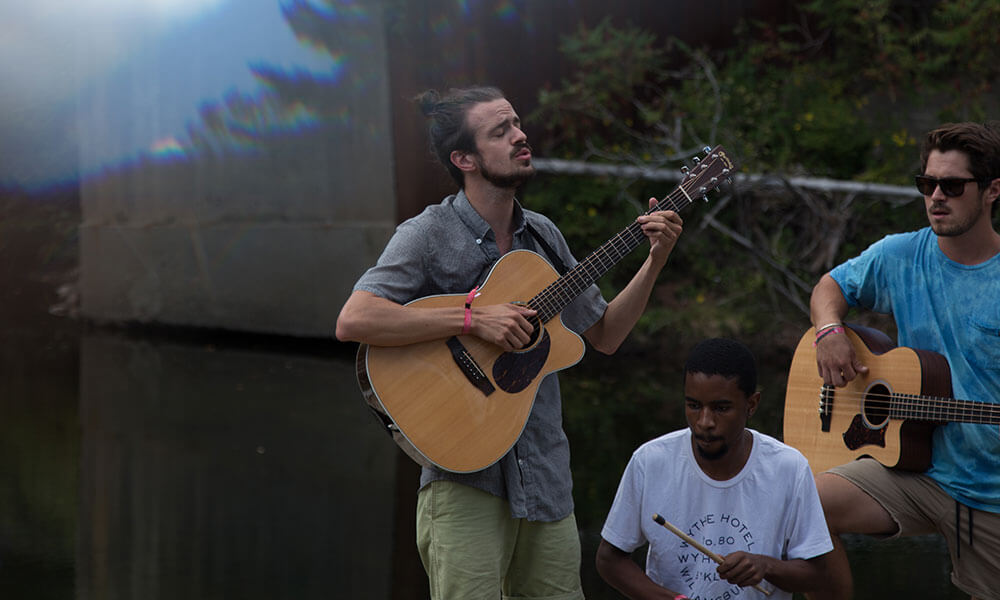 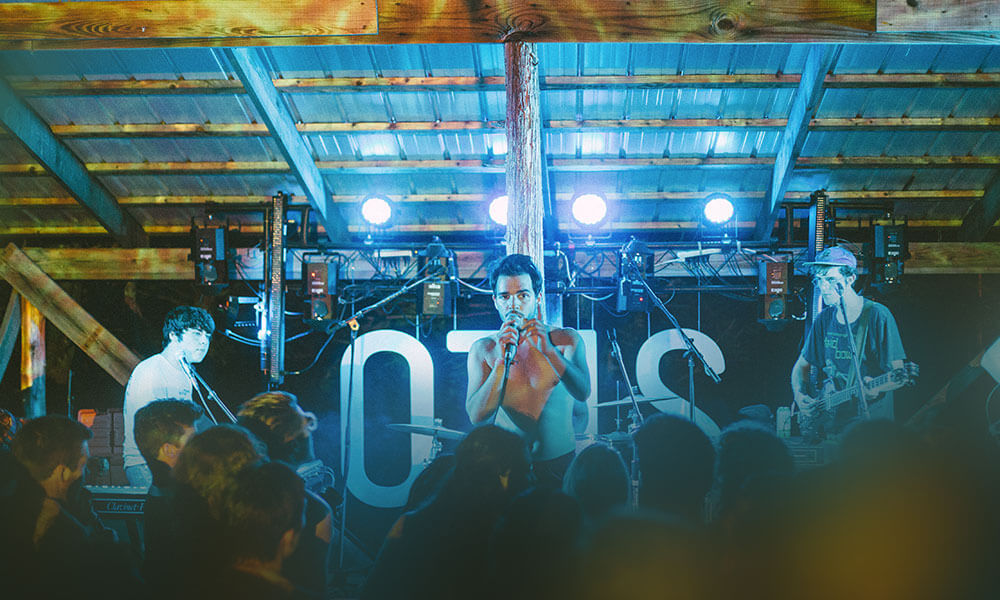 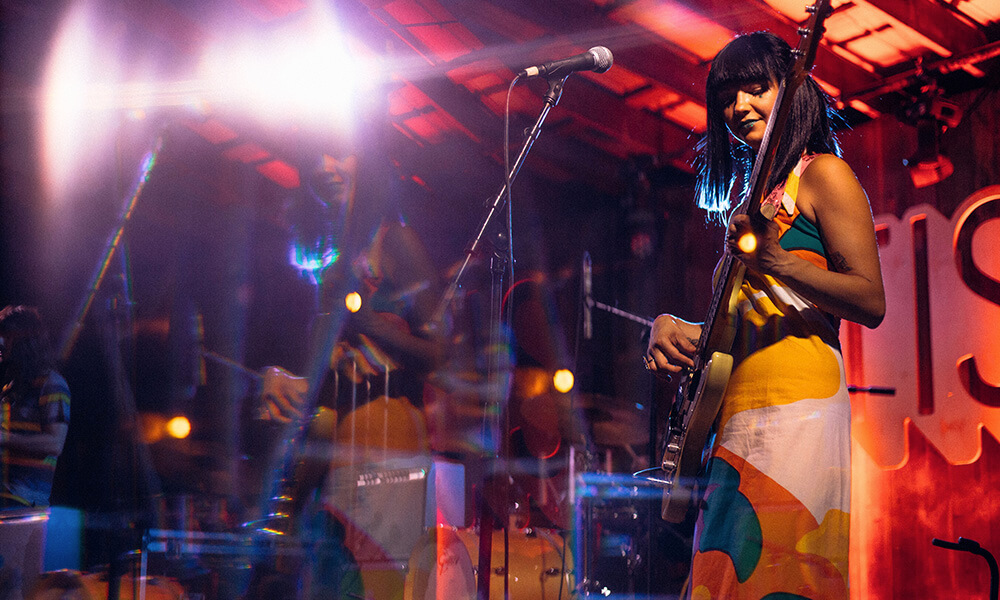 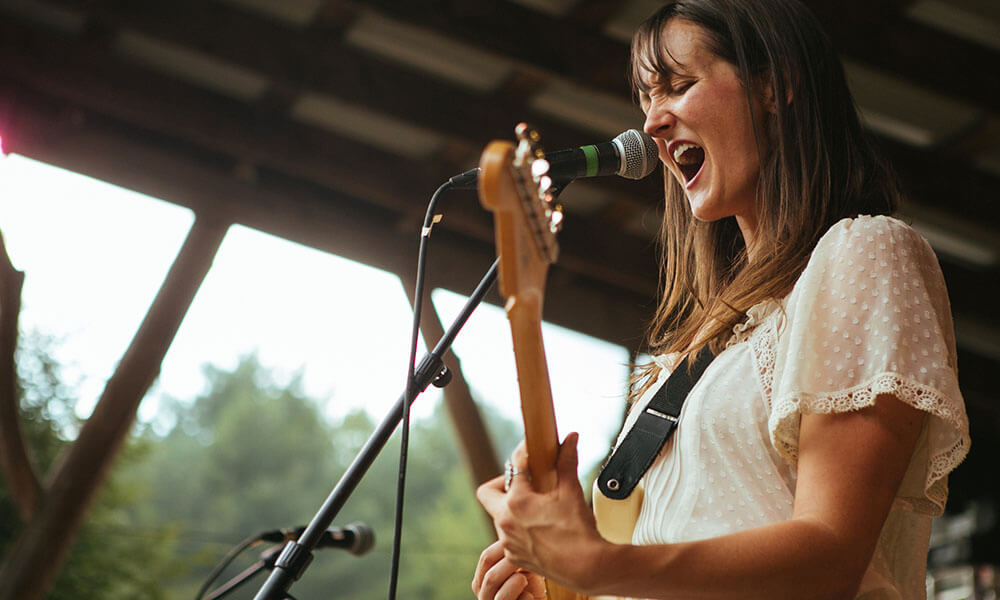 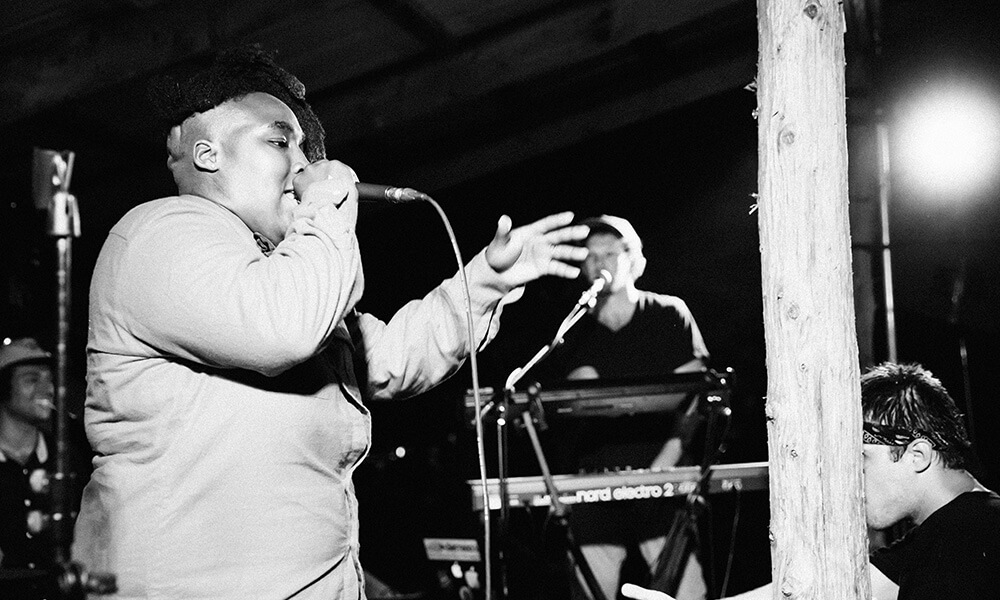 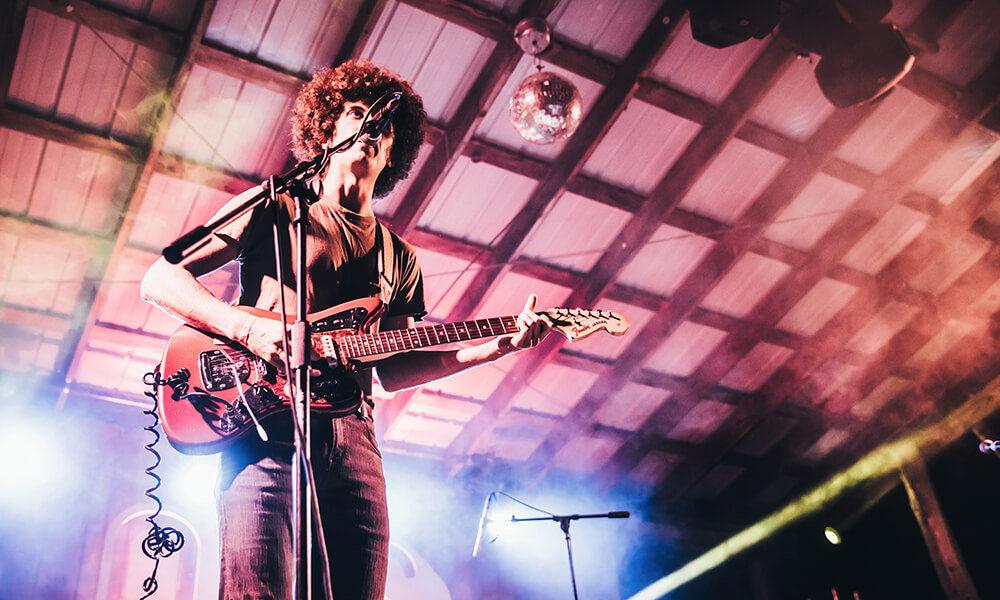 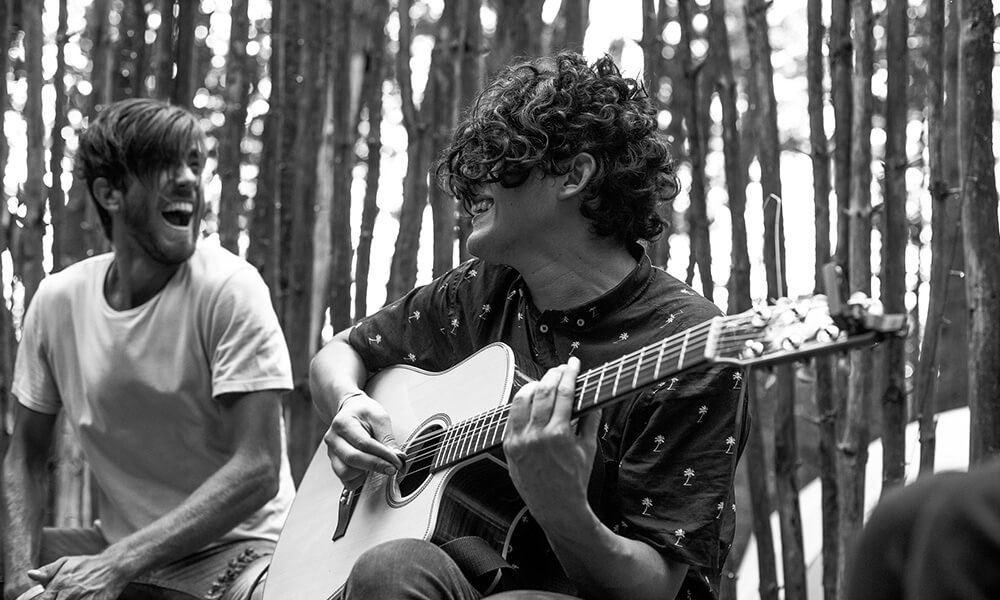 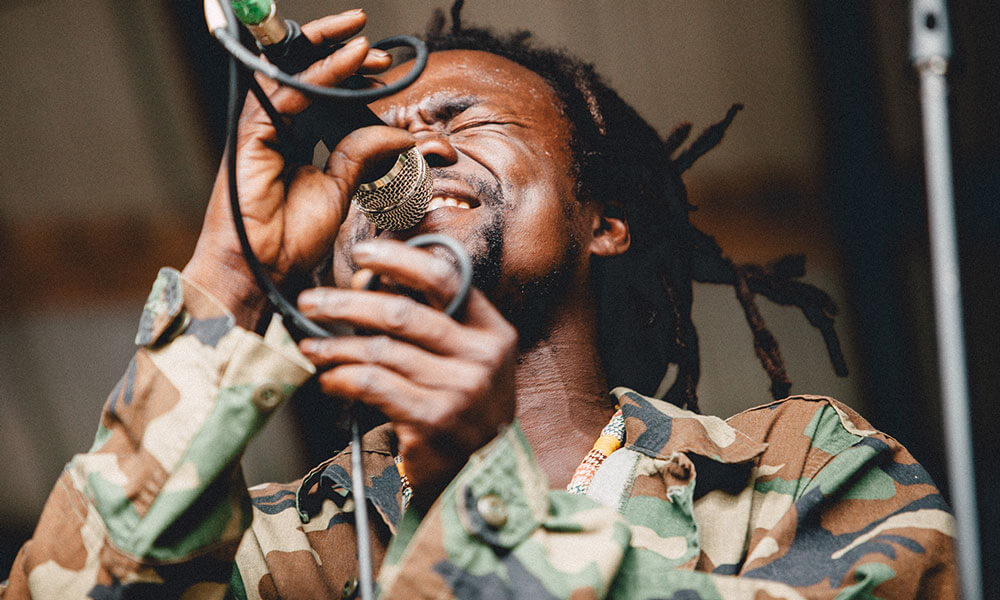 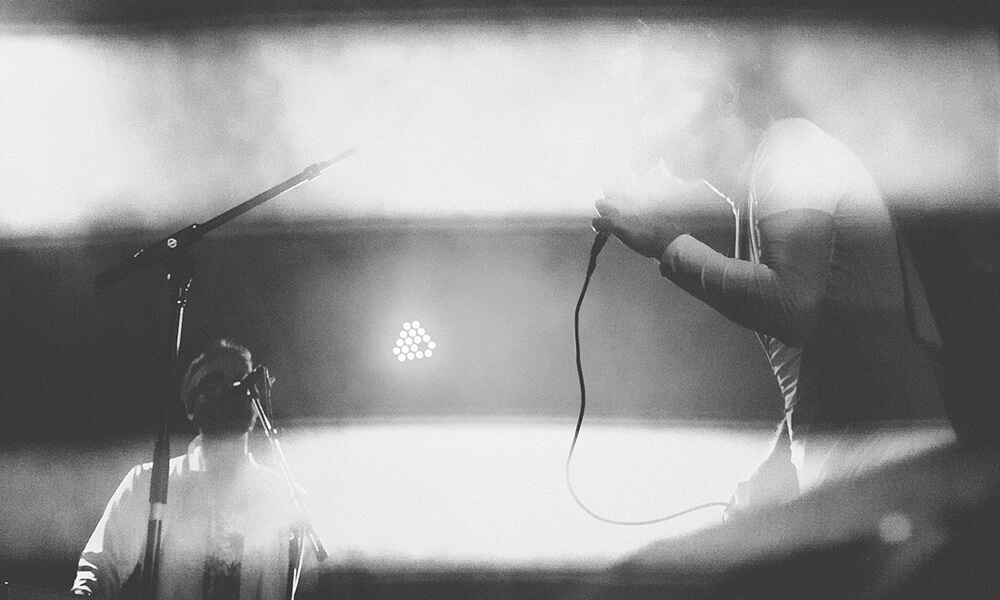 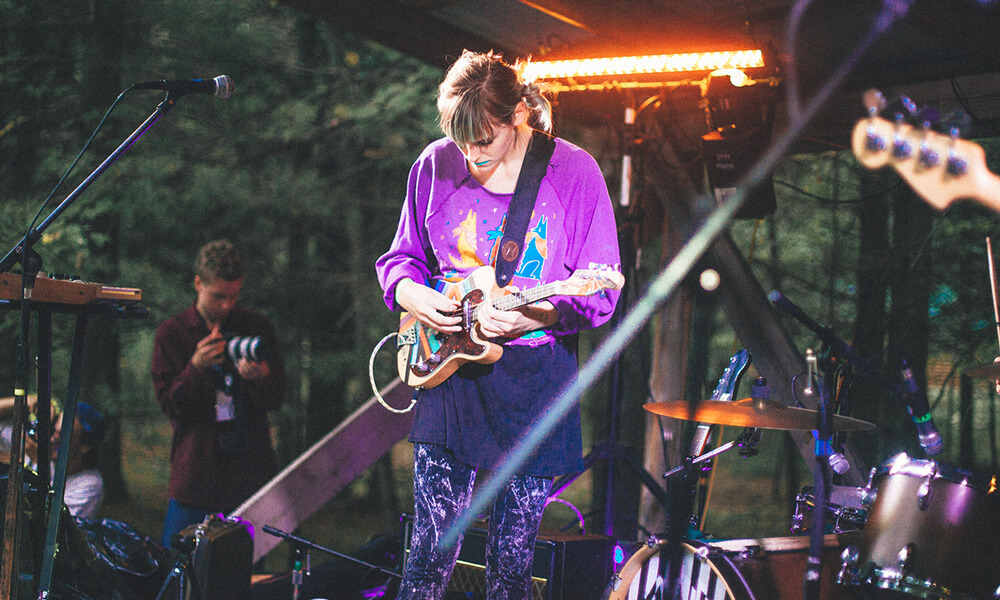 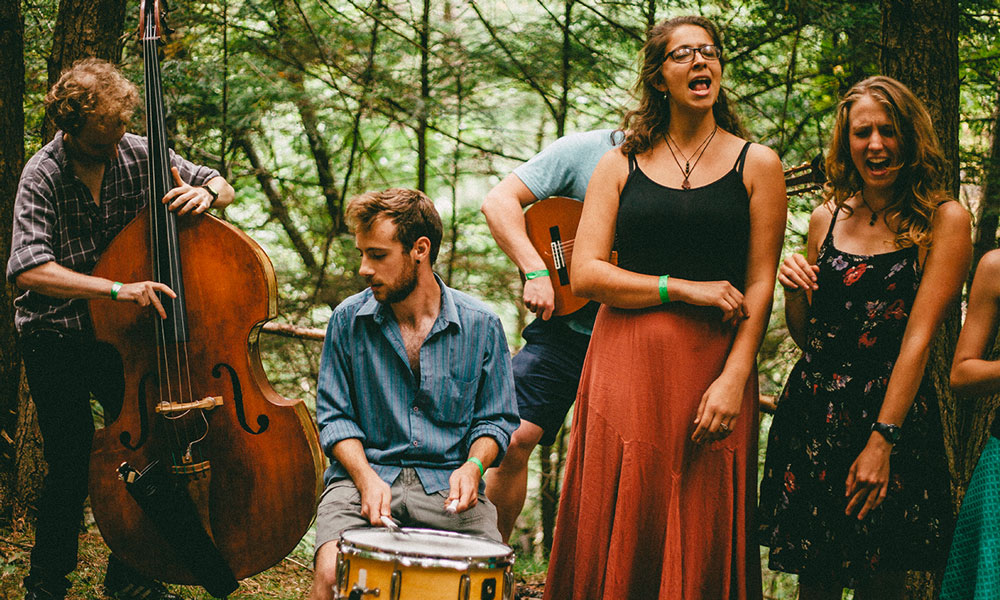 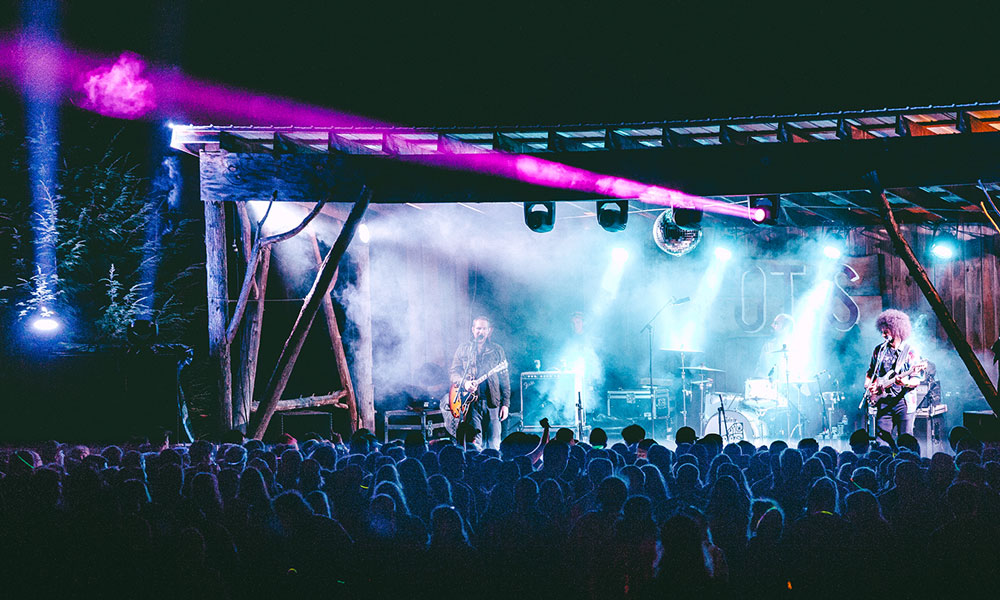 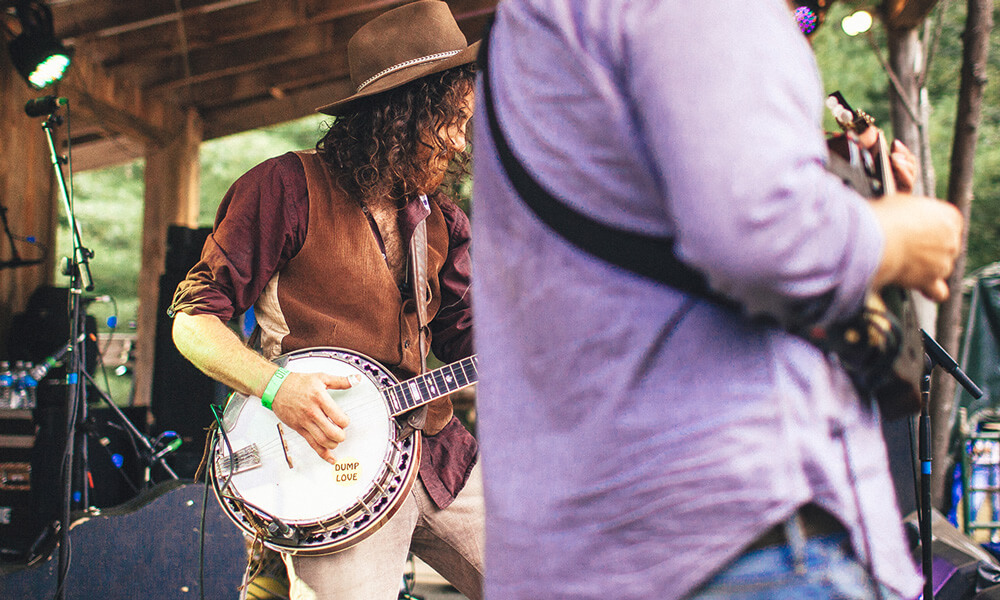 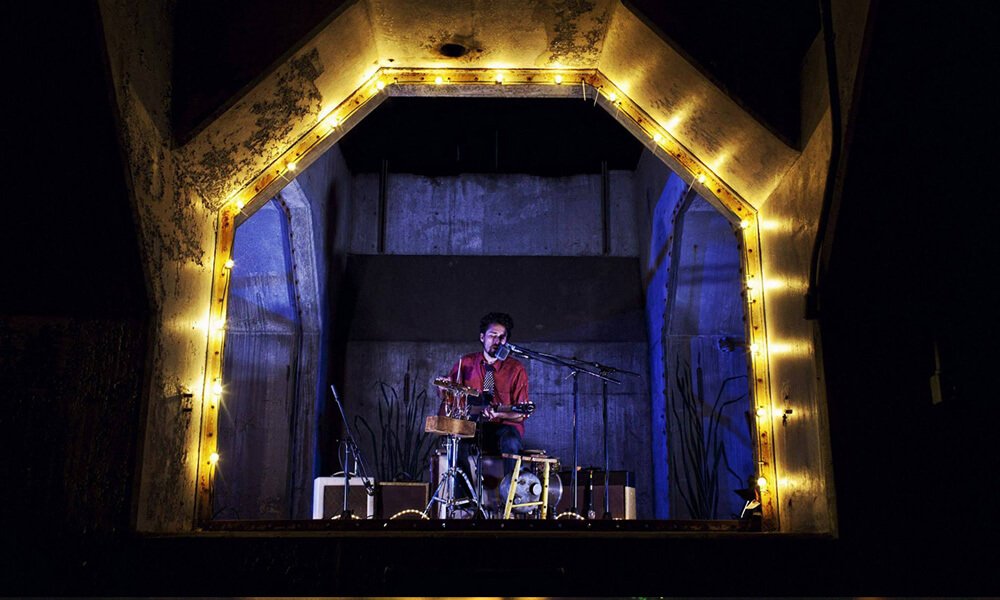